Copyright © 2003-2011, Aishah Schwartz. Permission granted to circulate among private individuals, groups, or in not-for-profit publications in full text and subject title. All other rights reserved.

In the Name of Allah, Most Gracious, Most Merciful

Aishah Schwartz, Yvonne Ridley, Na'ima B. Robert, and Idris Tawfiq unite on Channel Islam Radio in support of a new initiative to be introduced by Channel Islam International (Cii) at the 112th Annual Rand Show. The Cii Islamic Information Center will provide information conveying the true beauty of the message and teachings of Islam, with a special emphasis on dispelling misconceptions.

Washington, D.C. (PRWEB) March 23, 2007 -- Channel Islam International, a part of the Cii Network of South Africa, is embarking on an initiative to take Islam to the masses at one of South Africa's premier events, The Rand Show, which runs from March 30 through April 15, 2007 in Johannesburg.

Now in its 112th year, The Rand Show is a highly anticipated event, attended by over one million people from all walks of life and religious affiliations.

At this year's event, Channel Islam International will sponsor an Islamic Information Centre. The premier initiative will focus on providing information conveying the true beauty of the message and teachings of Islam, with the hope of also dispelling any of the misconceptions those passing by the Channel Islam booth may have.

In promotion of this year's Channel Islam Rand Show initiative, Aishah Schwartz, Founder and Director of Muslimah Writers Alliance (MWA), has been invited to join Idris Tawfiq, a former British Catholic Priest who accepted Islam, Na'ima B. Robert, author of "From My Sisters' Lips", and Yvonne Ridley, a journalist who accepted Islam in Afghanistan, for a live radio event on Friday, March 23, 2007 between 8:30 and 10:00 pm South Africa time (2:30-4:00PM EST). The program will be available online through Cii's website at http://www.ciinetwork.net/broadcasting.

The program's guests will share with listeners their thoughts on the importance of introducing Islam to others and how initiatives such as the Cii Islamic Information Center can be instrumental in the educational process. 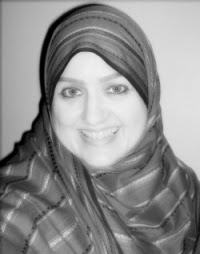 Raised in Michigan as a Christian, Ms. Schwartz, after learning about Islam through the internet, made her Shahada at the World Bank in Washington, D.C. in April of 2002. Now fulfilling a commitment she made to God over 20-years ago at a Baptist University in Ohio, Ms. Schwartz is dedicated to serving the Muslim community as a civil and human rights activist focusing on women's issues through her writings.

Her work is often published at Naseeb Vibes, the largest internet-based E-Zine, with over 320 thousand subscribers. A catalogue of Ms. Schwartz's intriguing Islamic journey series of articles can also be found at her personal website http://www.sisteraishah.com. She is also a member of the Muslim American Journalists Association and the National Association of Women Writers.

Cii is a diverse media brand, driven by a fresh, young company which spotted a clear and consistent gap in the global media market, especially in English language media: up until now, there has been no concerted effort to target relevant, useful information to the global Muslim community.

In South Africa especially, Cii reaches a relatively affluent target market, with the result that there is great opportunity to leverage the relationship for the greater good of Muslims around the world.

Today Cii is known to be a pioneer in Islamic satellite audio broadcasting and has become the benchmark which is setting the pace for the proliferation and growth of Islamic media globally.

Channel Islam is a part of the Cii broadcasting network.

Established in 2006, MWA's mission is to inspire Muslim women to collaborate with one another for the common good of the Muslim Ummah, and to be of support to one another in fulfilling their aspirations to become established writers. Applying Islamic principles, boundless enthusiasm, experience and resourcefulness to every project embraced, MWA members are dedicated to one another's success.

Press Contact: AISHAH SCHWARTZ
Company Name: Muslimah Writers Alliance
Email: email protected from spam bots
Phone: 1-866-405-5981
Website: http://www.muslimahwritersalliance.com
Copyright © 2007 MWA
Permission is granted to circulate among private individuals and groups, to post on Internet sites and to publish in full text and subject title in not-for-profit publications. Contact author for all other rights, which are reserved.
Posted by ~Aishah Schwartz at 4:57 AM No comments: Links to this post

To Advocate or Abdicate: Muslimah Writers Alliance Stands in Defense of Islam

In the Name of Allah, Most Gracious, Most Merciful

The Say 'No' to Forced Divorce - 'Yes' to Reforms online petition drive has, to date, accumulated nearly 1,000 signatures representing the collective voices of Muslims from over 38 countries, 56 non-U.S. cities, 21 U.S. States, and 45 U.S. Cities.

As the Muslimah Writers Alliance petition and Burmura's book review emphasize, the experiences of Fatima Al-Timani and Ayaan Hirsan Ali - have nothing to do with the true teachings of Islam.
Aishah Schwartz is a freelance writer and director of Muslimah Writers Alliance, Washington, D.C.
-----------
Article References:
Against Submission, by Ian Buruma
http://www.nytimes.com/2007/03/04/books/review/04buruma.html?pagewanted=print

Say 'No' to Forced Divorce - 'Yes' to Reforms

Posted by ~Aishah Schwartz at 5:29 AM No comments: Links to this post

If I am right, it is from Allah; if wrong, it is from me. I ask Allah Almighty to protect you and me from errors and from all that displease Him. Al-Hamdu-lillahi rabbil-alameen. 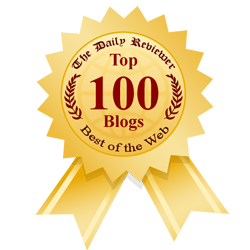