Copyright © 2003-2011, Aishah Schwartz. Permission granted to circulate among private individuals, groups, or in not-for-profit publications in full text and subject title. All other rights reserved. 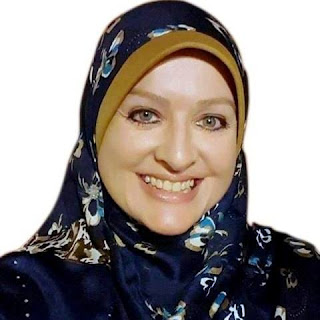 Aishah Schwartz, an American Muslim revert to Islam, is founder and director of the 2006 established Muslimah Writers Alliance (MWA), an internationally-based collaboration of Muslim women writers and advocates working together to counter negative and inaccurate perceptions regarding members of the Muslim community and the Islamic faith.

She is also a retired career litigation legal secretary, published freelance writer, Demotix/Corbis photojournalist, humanitarian and internationally renowned human rights activist with a focus on the rights of Muslim women, and the plight of the Palestinian people affected by the Israeli imposed illegal embargo on Gaza.

In addition to activism, writing, reading, and photography, Aishah enjoys traveling and has visited Egypt (where she has resided since 2007), Saudi Arabia, where she lived for a year (2004-5), Morocco, Pakistan, Jordan, Tunisia, Cyprus and Hong Kong; bucket list includes Indonesia, Malaysia and Oman. Her favorite things are family, snorkeling in the Red Sea and posting photos of her cats, Jessica and Sakinah on social media.

Achievements and activities since since Aishah Schwartz became Muslim in Washington, D.C. (2002): 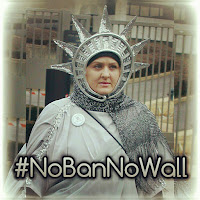 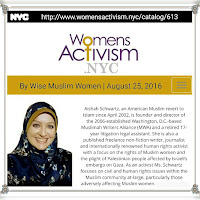 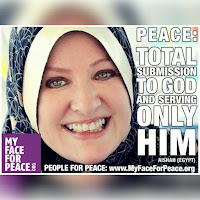 2015 – Photojournalist: Demotix/Corbis Images; Published Author: OnIslam; Interview: Cii Broadcasting, South Africa – A global Islamic Radio Station; Listed: Top Muslim Women Twitterati – Storyteller; Copyeditor for OnIslam; Selected to represent the My Face for Peace campaign, an independent peace initiative launched in 2012 in Hamburg/Germany; Quoted at OnIslam: ["The BISCA event establishes that there are worthy scholars much greater in number than what is represented by the existing short-list of those on what is otherwise referred to as, the 'celebrity speaker tour'."]; Campaigned in support of World Hijab Day; Participated in United Nations Orange Day End Violence Against Women campaign; Published in Sisters Magazine; Listed among Well-Known Muslim Women in Hijab. 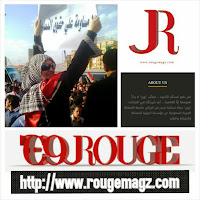 2014 – Referenced in "Reasoning With God" by Dr. Khaled Abou El Fadl, an accomplished Islamic jurist, scholar, and Professor of Law at the UCLA School of Law where he teaches Islamic law, Immigration, Human Rights, International and National Security Law, regarding support of the campaign addressing Saudi King Abdullah for release of the gang raped "Qatif Girl"; Photojournalist: Demotix/Corbis Images; Published Author and Copyeditor: OnIslam; Photography published in Rouge Magazine – Saudi Arabia; Listed as a "Mighty Muslimah"; Campaigned in support of International Purple Hijab Day to end violence against women; Poetry included in anthology, The Muslimah Speaks: Her Voice, Her Spirit by Mindworks Books; Published at Arab News: Even a Smile is Charity. 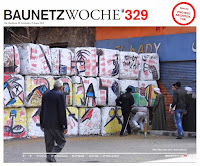 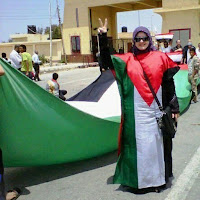 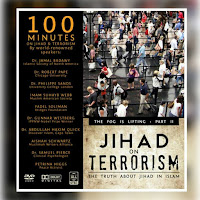 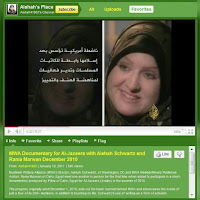 2010 – Featured in a mini-documentary titled, زمام المبادرة – عائشة شوارتز/Lead the Way – Aishah Schwartz, produced by iFilms of Cairo, Egypt for Al-Jazeera Arabic TV, the documentary premiered December 1, 2010; Published Author: The American Muslim; Featured in October Weekly Magazine, Cairo, Egypt; Featured three times in Al-Wafd News Journal, Cairo, Egypt; Included in what started out as a 45 member coalition that grew to 115 members, calling for investigation into FBI targeting of activists; Petitioned President Barack Obama on West Bank settlements; Condemned Islamophobic rhetoric and called for support for freedom of religion and speech; Commended U.S. officials for speaking out against Quran burning; Religious Land Use Act; Joined coalition mobilized in responding to Israeli attack on Gaza Flotilla; President for Center of Pluralism, Mike Ghouse wrote [on Gaza support efforts]: “This includes four of our heroes, whom I know – 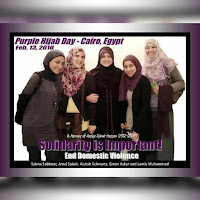 Aishah Schwartz…”; Led campaign against Domestic Violence in Cairo, Egypt commemorated in conjunction with the one-year anniversary marking the tragic beheading of Aasyia Zubair Hassan (1972-2009); Co-sponsored a protest in support of guardianship reform and for the release of a Canadian national in front of the Embassy of Saudi Arabia in Washington, DC, and in front of the White House, in association with the Comit'e de Soutien 'a Nathalie Morin,' of Canada, Muslims for Progressive Values and Responsible for Equality, and Liberty (R.E.A.L.), based in Washington, DC – "The women of Saudi Arabia continue in pursuit of much needed reform in the Kingdom's existing guardianship laws. Many people confuse 'reform' with 'abolish'; the movement is not to dissolve guardianship, it is merely to improve 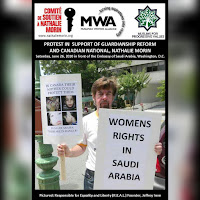 the conditions of women suffering from uneven-handedness and to provide alternative recourse for those not benefiting from the protections that the law is intended to provide." – also published at Examiner National; Launched online campaign against forced divorce in Saudi Arabia contributing to the reunion of Fatima and Mansour Al-Timani; Petitioned members of the US Congress and President Barack Obama to end the embargo on Gaza and marched against it in Washington, DC; Recognized by Rep. Brian Baird's Open Congress Blog for support of the Palestinian Conflict/Gaza; Quoted by Ma'an News Agency (MNA) for commending Rep. Jonathan Tasini (D-NY) for his stance against Israel's building of new settlements in East Jerusalem and its ongoing embargo on Gaza; Participated in the film production of a sequel to the Bridges Foundation project, "The Fog is Lifting", titled "Jihad Against Terrorism", the DVD was released in January 2011. 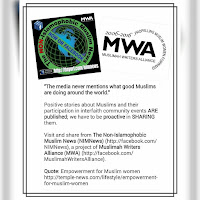 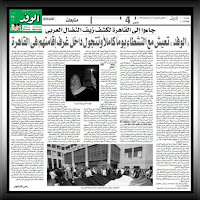 2009 – Published Author: The American Muslim; Blog recognized by The Daily Reviewer among Top 100 Muslim Blogs; Demonstrated in Cairo, Egypt in support of the International March on Gaza; Participated in and reported on the Gaza Freedom March from inside Gaza; Featured in Al-Wafd News Journal, Cairo, Egypt; Served as a steering committee member for the Women's Islamic Initiative in Spirituality and Equality (WISE). 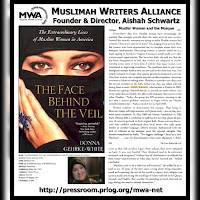 2007 – Included in Pulitzer Prize winner Donna Gherke-White's book, Face Behind the Veil; Participated in the Anti-War March on Washington; Published Author: The American Muslim; Published Author: Naseeb Vibes; Hosted, a leadership delegation in conjunction with a program titled, "Islam in America; a Project for Russia", from Russia at the Islamic Center in Washington, D.C. The program was part of the Delphi International Program of World Learning International Visitor Leadership Program, sponsored by the U.S. State Department; Launched "Say 'No' to Forced Divorce, 'Yes' to Reforms" campaign challenging guardianship and forced divorce laws in Saudi Arabia, online petition signed by citizens of 40 countries, 56 foreign cities, 21 U.S. states, and 45 U.S. cities; Served as a guest panelist on the Washington DC-based TV program, "Islamic Perspectives" discussing guardianship reform in Saudi Arabia; Appeared on Channel Islam International, a part of the Cii Network of South Africa, in support of an initiative to take Islam to the masses at one of South Africa's premier Johannesburg events, The Rand Show. Additional guests included: Idris Tawfiq, a former British Catholic Priest who accepted Islam, and Na'ima B. Robert, author of "From My Sisters' Lips." 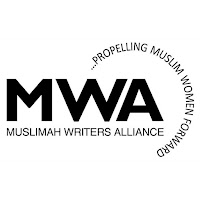 2006 – Founded Muslimah Writers Alliance (MWA); Launched online campaign to preserve the women's courtyard prayer space at the Grand Mosque; Featured by renowned feminist Margot Badran in Al-Ahram Weekly for success in preservation of Women's Prayer Space at the Grand Mosque, Makkah, Saudi Arabia – "Aishah Schwartz, founder-director of the Muslimah Writers Alliance in Washington, set up the Grand Mosque Equal Access for Women Project that circulated a petition protesting the restrictions [on women]. Very quickly over a thousand signatures Arab News feature on Mosque campaign, "It is an undeniable manifestation of
Islamic belief and teaching that we are to uphold what is right and abhor that which is inherently wrong. The fact that the signatures on MWA's Grand Mosque Equal Access for Women petition are, to date, representative of Muslim voices from 38 different countries and 28 states across North America, is demonstrative of the fact that the issue at hand must not be taken lightly."; Quoted in Associated Press NBC News article on the Makkah Grand Mosque campaign, [The plan has started causing ripples outside the kingdom. The Washington-based Muslimah Writers Alliance, an organization of Muslim women writers, is sponsoring an online petition drive against the study. “At no other time in history, either before or after the time of the Prophet Muhammad, have women been relegated to lesser advantageous positions within the (mosque),” Aishah Schwartz, the group’s director, said in a statement. “The proposed plan is no more acceptable today than it would have been when the teachings of Islam began to be delivered over 1,400 years ago,” she added.]; Reported and participated in March on Washington in support of justice for Gaza/Palestine and Lebanon; Supported National Hunger Awareness campaign; Published at The Muslim Link Newspaper – Washington-Metropolitan Area; Reported on kidnapping of American journalist Jill Carroll. 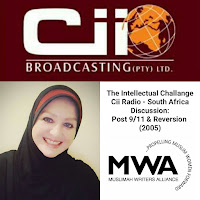 2005(4) – Spent a year living in Saudi Arabia; performed Hajj; Led a national campaign in association with America's Second Harvest, organized to rally the Muslim community in support of National Hunger Awareness in Washington, DC; Recognized by President and CEO of America's Second Harvest, Robert Forney, who stated, "We are honored to be aided in our National Hunger Awareness Day 2005 efforts by members of so many diverse faiths, including Ms. Schwartz."; Interview: Cii Broadcasting, SA – A global Islamic Radio Station (Part 1) (Part 2). 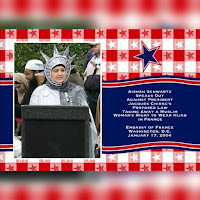 2004 – Speaker and organizer for protest at Embassy of France in Washington, D.C. dressed as the Statue of Liberty; Participated in the live filming of the hour-long premiere episode of the WETA-TV series "Senso Reports" – Target Washington, in Arlington, Virginia. 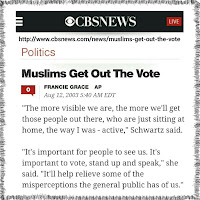 2003 – Speaker at The National Press Club in
Washington, DC in support of Muslim Voter Registration campaign; Quoted in CBS News article, "Muslims Get Out The Vote", "The more visible we are, the more we'll get those people out there, who are just sitting at home, the way I was – active. It's important for people to see us. It's important to vote, stand-up and speak. It'll help relieve some of the misperceptions the general public has of us."; Interviewed for Nile TV on voter registration campaign in Washington, DC.

2002 – Became Muslim on April 19, 2002, making her statement of faith (Shahada) in a Jummah prayer service at The World Bank in Washington, DC.

Copyright © 2017 Aishah's Journey Blog
Permission is granted to circulate among private individuals and groups, to post on Internet sites and to publish in full text and subject title in not-for-profit publications. Contact author for all other rights, which are reserved.
Posted by ~Aishah Schwartz at 12:39 PM

If I am right, it is from Allah; if wrong, it is from me. I ask Allah Almighty to protect you and me from errors and from all that displease Him. Al-Hamdu-lillahi rabbil-alameen.